I made a makeup video. AND uploaded it. To YouTube. With my face in it. And my voice. AND THEN I MADE IT PUBLIC SO OTHER PEOPLE WITH EYES COULD WATCH IT AND HAVE THOUGHTS ABOUT IT.

This is mind-blowing to me.

Maybe your mind isn’t similarly blown. And that’s okay. Because this is a BIG deal to me. It’s something so monumental and scary and fun and different that I’m sitting here, like, what else have I been afraid of that I should TOTALLY try now? What else can I do that I didn’t think I could? What if I like…became a public speaker? Or swam with sharks? Or started my own badminton league (I un-ironically live for badminton DON’T COME FOR ME)?

Okay, so making a YouTube video is not quite on the level of swimming with sharks, which, by the way, I would only do if I was H-E-A-V-I-L-Y sedated and/or not conscious. And, yeah, it didn’t go perfectly. I filmed it and edited it and did a voiceover and was filled with pride as I watched it on my phone. Was it flawless? No. Was it pretty cool to see? UM YES.

And then I switched over to desktop and realized…the video is awkwardly skinny and isn’t even the full size of the screen. It’s as if you made a document in Word that was meant to be in landscape and you forgot to change it so it’s stuck in portrait orientation and you already turned it in to the teacher and now it’s too late to change.

So, is there room for improvement? Obviously. Am I asking you to watch it anyway? Yes. Am I asking you to preferably watch it on your phone? Also yes. It’s also a great way to get up close and personal with my pores and pimples because they are there in all their glory.

Now that I know what the process is like I’m actually way more excited than I thought I would be to continue doing this, and I have a list of about ten thousand things to do better next time. I have another video filmed and ready to go but I am always open to feedback, positive or negative UNLESS you’re telling me that the video is not full screen BECAUSE I KNOW. Constructive criticism, suggestions, video ideas, whatever you have, I’ll take it!

Please enjoy! And be kind. 🙂 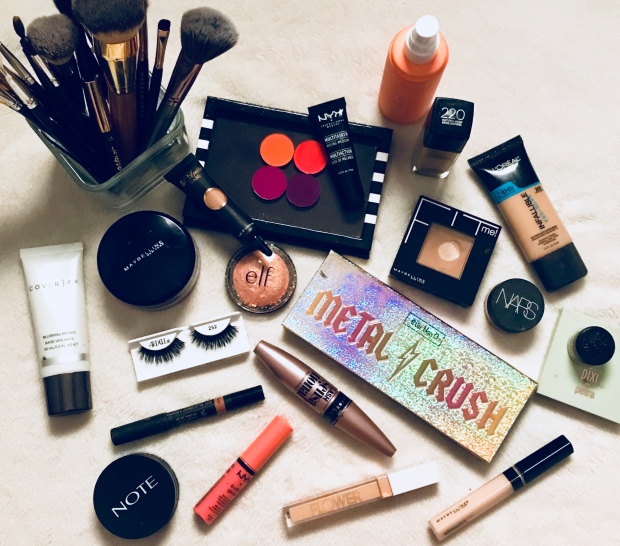 •Maybelline Fit Me! Matte + Poreless 220 Natural Beige mixed with L’Oreal Pro Glow in 205 Natural Beige (DID NOT REALIZE UNTIL JUST NOW THE SHADE NAMES ARE THE EXACT SAME)

•It Cosmetics Heavenly Luxe Complexion Perfection Brush #7 (this brush is mad expensive so I bought one off eBay for one-fourth of the price and there’s a VERY good chance it’s fake and I don’t care. It works great.) 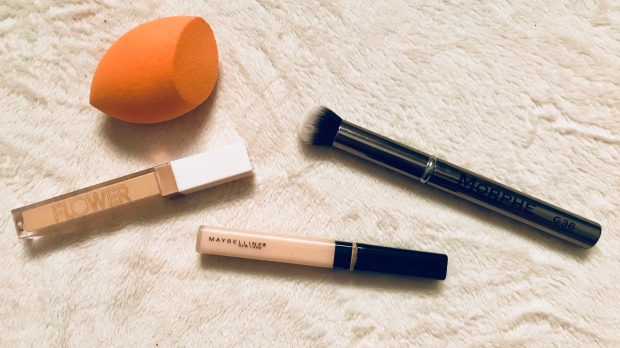 •Maybelline Fit Me! Concealer in 5 Ivory

•Morphe Brushes G38 Mini Contour (I don’t use mine for contour, I use it for concealer because YOU CAN’T TELL ME WHAT TO DO. Also it just works well for concealer.)

•Random tiny brush I got at the craft store because craft stores are AMAZING for finding inexpensive paint brushes that also work as makeup brushes.

•BH Cosmetics 129 Small Round Blending Brush (part of a set)

•Maybelline Fit Me! Pressed Powder in 355 Coconut which is technically not a bronzer but is a face powder that I use as a bronzer because the color is great and lasts forever on my skin. A great tip is to find a face powder you like the formula of and get a darker shade to use for bronzing and contouring!

•Icing Buffer/Powder Makeup Brush Yes, this makeup brush is from Icing and I know it’s sort of embarrassing that I have a makeup brush that was probably manufactured for a 9 year old and I don’t even know why I was in there because I haven’t shopped there since I was 13 (okay 18) but somehow I went in there and found this brush and I literally use it every day. *shrugs* 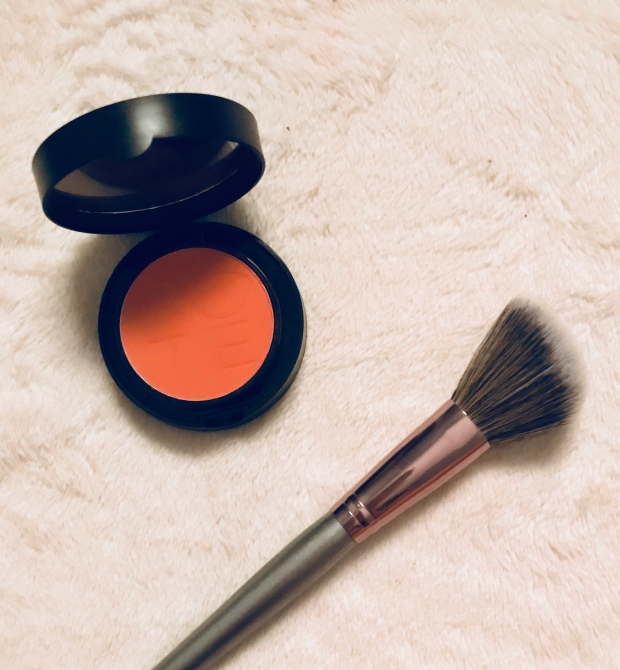 •P. Louise Eyeshadow Base in Rumour 02 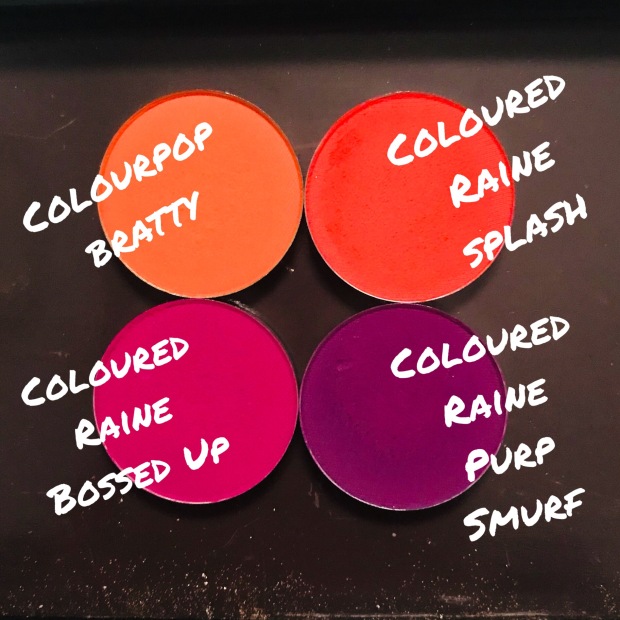 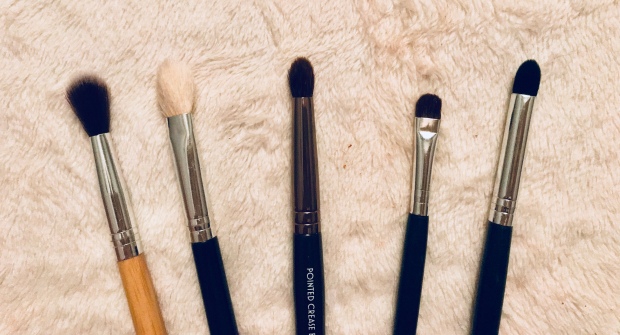 •Random tiny brush I got at Marshall’s or TJMaxx

With love and lashes,